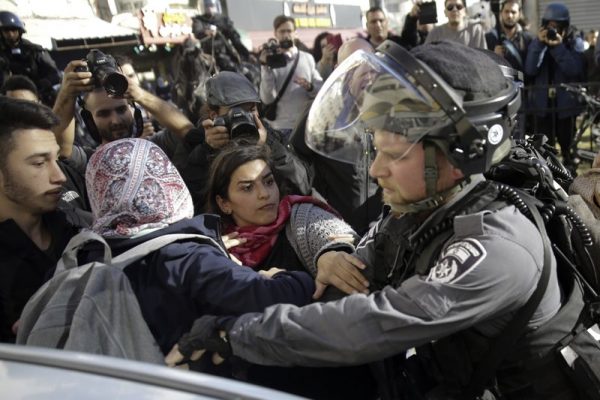 Several Palestinians Tuesday suffocated by tear gas as Israeli army used force to disperse Palestinians who were protesting the US decision on Jerusalem and US Vice President Mike Pence’s visit to the city of Jerusalem.

Several other Palestinians suffocated during similar rallies that were violently suppressed by forces in the Hebron area.

Clashes broke out between Palestinians and Israeli forces in Bab al-Zawyeh area, in central Hebron, and in the town of Sair to the north.

Israeli soldiers reportedly took over the rooftops of a number of homes, and attacked residents with tear gas canisters and stun grenades, causing many to suffocate.

A general strike was observed throughout Palestine on Tuesday in protest against a visit by United States Vice President Mike Pence to the old city of Jerusalem and US recognition of the holy city as capital of Israel.