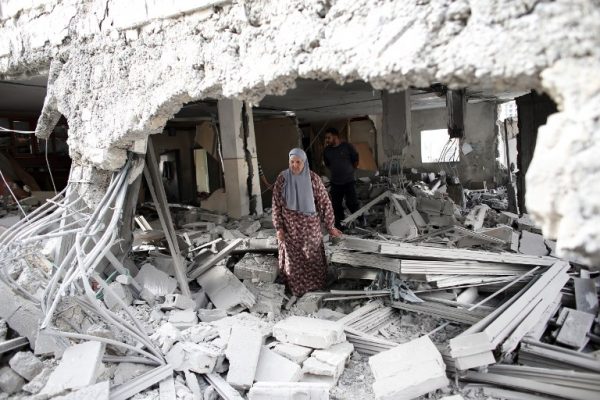 A Palestinian woman walks amid the rubble of a house after Israeli security forces demolished the homes of two Palestinians in east Jerusalem,
Share:

The plan comprises the construction of 276 units in the illegal settlement of Pisgat Ze’ev, 120 in Neve Ya’akov, 200 in Ramot and 202 in Gilo.

The municipality’s approval means that the decision will be transferred to the regional committee for planning and construction in the Israeli interior ministry to get the necessary approval.

“The construction in Jerusalem is necessary and important,” Jerusalem Mayor, Nir Barkat, stressed, adding that “the work will strongly continue in order to get as many of the Jewish youths to live in Israel’s capital as possible.”

Israel has also approved the construction of 71 housing units in the Arab Al-Sawahra Palestinian neighbourhood, and 29 others in Sharafat, according to Maariv.

All Israeli settlements are illegal under international law as they are built on land stolen from the Palestinians. Such land is also supposedly earmarked for any future Palestinian state.

The US and the West have said settlement construction and expansion are hindering future plans for a viable Palestinian state.