by yalibnan
1028
Share:
The Beirut Madinati (“Beirut, My City”), list of candidates on Friday called for a heavy turnout in the capital’s municipal polls that will be held on Sunday and urged voters to “seize the historic chance to change the fate of our city.”

“Following eight months of work and hope, we have managed to impose ourselves as serious contenders through a rhetoric and an approach that have elevated political action and obliged the rival lists to run according to electoral platforms,” Ibrahim Mneimneh, head of the list, said at a press conference.

“Beirut Madinati has proved that it is a list of independents whose free decision stems from the people’s will and who are committed to achieving the public interest, despite the malicious campaigns, rumors and lies that have been launched against us,” Mneimneh added.

On the other hand Future Movement leader Saad Hariri Saturday called on the capital’s residents to vote for the Beirutis’ List in a last ditch effort to sway electorates on the eve of the municipal elections. 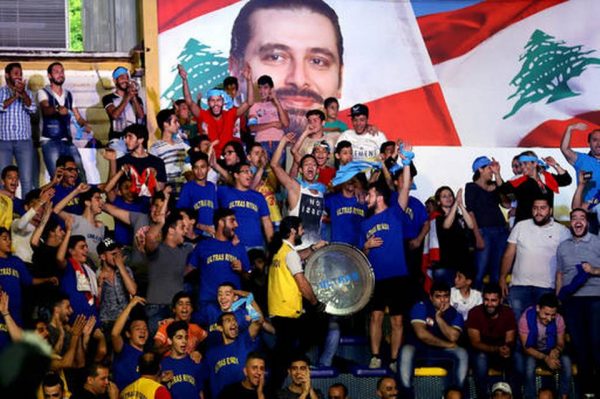 “I call on all citizens to head to the ballot boxes Sunday and elect the Beirutis List, which enshrines equal sharing and coexistence between Muslims and Christians,” Hariri said during an event for the Future TV and newspaper at his home in central Beirut.

Lebanon will start holding its first elections since a months-long trash crisis left mountains of garbage festering in the streets, with several groups of candidates competing

Beirut Madinati ” has vowed to clean up the city’s streets – and its politics.

The leaders behind the “You Stink” movement, which brought thousands of protesters into the streets at the height of the trash crisis, have not formally endorsed Madinati but have attended its rallies.

“We will go to the polls and throw out the corrupt politicians,” declared Mneihmneh, a 40-year-old architect, at a recent rally attended by hundreds of people. “We will no longer whine about the trash, traffic, or corruption.”

Madinati hopes to channel the energy of the “You Stink” protest movement, which emerged in response to the trash crisis and went on to challenge the political class that has governed Lebanon since the end of its 1975-1990 civil war.

“Today, we are before a historic chance to change the fate of our city and we call on the Lebanese Association for Democratic Elections and the relevant Lebanese judicial authorities to confront any attempt to tamper with the impartiality of the electoral process,” Beirut Madinati added.

The trash crisis began last summer when the government closed the city’s main landfill without agreeing on a replacement. For eight months trash piled up across the city. An agreement was reached in March to open a new disposal facility, but critics cast it as simply another backroom deal that failed to address the root of the problem.

And the stench grew even worse in April, as excavators dismantled the piles of garbage to carry it out of the city.

“When you talk about Beirut, you say she’s a beautiful woman,” said the well-known Lebanese director Nadine Labaki, who is a candidate on the Madinati list. “Unfortunately, this is not what I’m seeing now.”

The Madinati list is made up of independent technocrats who have reached out to voters through town hall-style meetings, rallies and fundraisers. But many wonder if they can succeed in a system dominated by lifelong politicians.

“It’s like in the village,” said Mohammad Hamza, a Beirut barber. “The outsiders win the elections, and for the next six years nothing gets done, because the political bosses block everything.”