University professor hacked to death on way to work 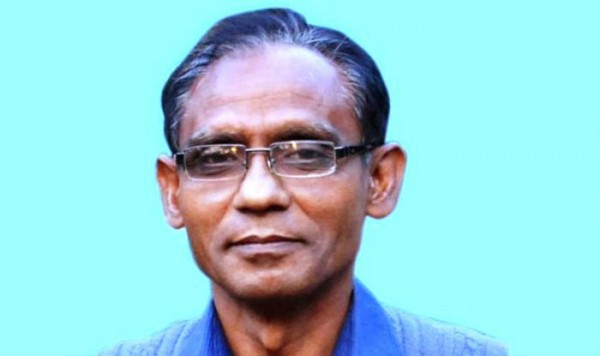 A university professor on his way to work in northwestern Bangladesh was hacked to death Saturday in an attack similar to other killings by suspected Muslim militants, police said.

A.F.M. Rezaul Karim Siddique was attacked on his way to the state-run university in the city of Rajshahi, where he taught English, deputy police commissioner Nahidul Islam said. The attackers used sharp weapons and fled the scene immediately, Islam said.

The attack was similar to recent killings of atheist bloggers in Muslim-majority Bangladesh by radical Islamists.

The Islamic State of Iraq and Syria, or ISIS, claimed responsibility for the attack, according to the SITE Intelligence Group, which monitors jihadi websites. No further details were available.

At least three other professors at Rajshahi University have been killed in recent years, allegedly by Islamist groups.

Sajidul Karim Siddique, a brother of the victim of Saturday’s attack, said the professor was a “very quiet and simple man” who was focused on studying and teaching. He led a cultural group and used to edit a literary magazine.

“So far as we know, he did not have any known enemies and we never found him worried,” he said. “We don’t know why it happened to him.”

The government of Prime Minister Sheikh Hasina has been cracking down on militant groups, which it blames for deadly attacks in the past year on secular bloggers, minority Shiites, Christians and two foreigners. It accuses the opposition of supporting religious radicals in seeking to retaliate against the government for prosecuting suspected war crimes during the country’s 1971 independence war.

Some of the attacks were claimed by ISIS, but the government dismisses those claims and says the Sunni extremist group has no presence in Bangladesh.

Amnesty International condemned the killing and said those responsible must be brought to justice.

“The vicious killing … is inexcusable and those responsible must be held to account,” Amnesty’s South Asia director, Champa Patel, said in a statement. “This attack sadly fits the gruesome pattern established by Islamist extremist groups in Bangladesh who are targeting secular activists and writers.”

“The authorities must do more to put an end to these killings. Not a single person has been brought to justice for the attacks over the past year,” Patel said.