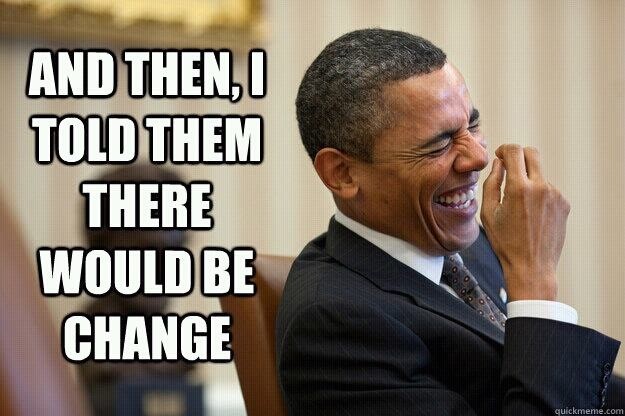 Speaking recently at the exclusive Gridiron Club dinner that doubles as a bipartisan comedy roast, President Obama delivered a jab at a Republican and seemed particularly happy with it, then waited for the laughter to die down before quipping: “This lame-duck stuff is fun.”

But seated a few feet away in the audience, Obama’s speechwriters were far more tense.

The president had the last word that evening, so their responsibilities throughout the night included scratching funny lines that other speakers used first. The assignment made for a roller-coaster dinner of frantic updates, edits and revisions to Obama’s remarks.

In the realm of presidential speechwriting, comedy routines like the one Obama will deliver at the annual White House Correspondents Assn. dinner Saturday don’t share the same import as a major policy address. But for those involved, the challenge of making sure the president comes off as funny is fraught with peril.

The correspondents dinner, or “nerd prom,” as it’s come to be known, has evolved from a small Washington ritual like the Gridiron or Alfalfa Club dinners to a nationally televised event, and brings with it higher stakes.

“You are expected to be funny,” said Jeff Nussbaum, a partner at the West Wing Writers speechwriting firm who’s often called on to help write politicians’ comedy speeches. “While members of Congress can still go to dinners similar to this and get credit if they’re moderately funny, a moderately funny president, unfortunately, is a disappointment.”

For the fourth time, Obama speechwriter David Litt is taking the lead on what he and a colleague call “the State of the Union address of jokes,” the longest and most high-profile speech of this sort Obama gives each year.

Preparation began about a month ago — not quite as early as for the State of the Union, though the process can feel just as involved.

Litt said he begins by jotting down ideas for jokes as they come to him, often while working on more formal speeches.

“We’re always looking for jokes that are only funny — or, at least, especially funny — if the person saying them is President Obama,” he said.

About two weeks ago, he started curating suggestions from current and former aides, including longtime Obama advisor David Axelrod and speechwriters Jon Favreau and Jon Lovett. In recent years, writers from “Saturday Night Live” and “The Daily Show” as well as Judd Apatow and Stephen Colbert themselves have sent in lines.

Litt, though, will write as much as half of the speech. He seems an unlikely comic muse for the president, sporting a dry demeanor and looking at age 28 more like he belongs on a team of economic policy wonks.

“He is almost physically incapable of laughter,” Nussbaum said of Litt, whom the West Wing Writers hired before he moved on to the White House. “If you pitch him a joke that he loves, he will think for a second, look at you and say, ‘That’s funny.'”

Still, Litt has the experience for the unusual task. He began doing stand-up comedy as a teenager and at Yale wrote for the university’s comedy journal and performed improv.

He joined the White House in 2011 and later the president’s speechwriting staff, where his comic flair has been put to use.

A week before the speech, Litt and Keenan introduced their ideas to Obama in a casual Oval Office meeting that ran just a few minutes.

By Wednesday, Litt had a full draft prepared and waiting for the president in a gray folder along with a speech on trade to be delivered the next day, among other briefing materials. Obama gave his feedback Thursday, and revisions will probably continue even as Obama arrives at pre-dinner receptions Saturday night.

During the events, last-minute speech adjustments are the norm. At the Gridiron, the first joke of the evening from the emcee — welcoming attendees to the only place in Washington with a white-tie dress code “unless you count Congressman Aaron Schock’s office” — was awfully close to one the president had prepared about the former Illinois representative whose “Downton Abbey”-themed office had recently gained infamy.

And the first year Litt joined the White House, a joke he submitted as part of a riff about potential Republican presidential candidates got a significant revision from the president himself.

“He seems all-American. But have you heard his real middle name? Tim ‘Hosni’ Pawlenty,” Obama ultimately joked about the then-governor of Minnesota, poking fun at the fringe furor over the years at Obama’s own middle name of Hussein.

Litt originally wrote the joke with Osama bin Laden’s name as the punch line, and he didn’t understand why Obama changed it. That was, until the following night, when Obama announced Bin Laden’s killing in a raid by U.S. special forces in Pakistan — ordered by the president the day before he made the Pawlenty joke.

Obama has proved to be a capable performer, a tribute to speechwriters like Litt, but also what aides say is his own comedic timing and wit. (And surely, the leader of the free world gets more charity laughs than an amateur at open-mic night.)
“He doesn’t just want to be funny for a politician. He wants to be funny,” said Lovett, who is now a comedy writer in Los Angeles. “He’ll often add a joke or tweak one to make it funnier — or harder-edged, honestly.”

At his first White House correspondents dinner, the president drew laughs immediately by promising to “speak from the heart” and “off the cuff” — while teleprompters noisily arose.

Obama’s skewering of Donald Trump two years later, during the same week that the president released his long-form birth certificate, incensed the curiously coiffed billionaire but delighted the audience of journalists, government officials and celebrities.

This year, free from a reelection campaign, the president is likely to be even more provocative, something his team both wrestled with and relished as they crafted the final product.

“There is so much to make fun of in Washington, and he’ll take an opportunity to do it,” Keenan said. “It’s easier to expose Washington’s absurdities through jokes than through answers at a press conference.”

“The No. 1 priority is to make it funny,” Litt added. “A little truth-telling will be a bonus.”

He cited a favorite example from two years ago, a few months after Obama won reelection and the Democrats strengthened their hold on the Senate.

Obama said: “I know Republicans are still sorting out what happened in 2012, but one thing they all agree is that they need to do better at reaching out to minorities. Call me self-centered, but I can think of one minority they should start with.”

And then he waved hello to them and ad-libbed, “Think of me as a trial run.”