Equality for women means progress for all, UN 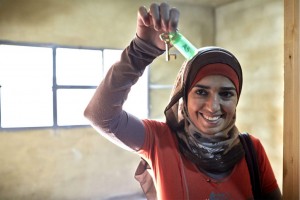 United Nations- To mark International Women’s Day, the United Nations family is spotlighting a simple truth: achieving equality for women and girls is essential not merely because it is a matter of fairness and fundamental human rights, but because progress in so many other areas depends on it.

“The evidence is clear: equality for women means progress for all,” Secretary-General Ban Ki-moon declared in his message for the Day, which underscored that empowered women lift up society as a whole: countries with more gender equality have better economic growth; peace agreements that include women are more durable; and parliaments with more women enact more legislation on key social issues such as health, education, anti-discrimination and child support.

“This simple truth must be central as we work to accelerate progress towards the Millennium Development Goals [MDGs] by next year’s deadline and craft an agenda for the years beyond 2015,” said the UN chief, stressing that while important gains have been made in access to primary education for girls and political representation by women, such progress remains far too slow and uneven.

He noted that a baby girl born today will still face inequality and discrimination, no matter where her mother lives. As such, the international community has a common obligation to ensure her right to live free from the violence; to earn equal pay for equal work; to be free of the discrimination; to have an equal say in the decisions that affect her life; and to decide if and when she will have children, and how many she will have.

“I have a message for every girl born today, and to every woman and girl on the planet: Realizing human rights and equality is not a dream, it is a duty of Governments, the United Nations and every human being,” said Mr. Ban, similarly adding: “I also have a message for my fellow men and boys: play your part. All of us benefit when women and girls – your mothers, sisters, friends and colleagues –can reach their full potential.”

In this spirit, a new campaign was launched yesterday at Headquarters by UN Women, the Organization’s lead entity promoting gender equality and women’s empowerment, on the theme “HeForShe”. It invites men and boys to stand up and voice their support for women’s rights all over the world. Matt Damon, Antonio Banderas, and Nobel Laureate Desmond Tutu are but a few of the high-profile men who have joined the movement and are speaking up for women’s empowerment.

“If we act decisively, with the knowledge that empowering women and girls and supporting their full participation can help solve the greatest challenges of the 21st century, we will find lasting solutions to many of the problems we face in our world,” said Phumzile Mlambo-Ngcuka, the Executive Director of UN Women, issuing a strong call for collective action.

“International Women’s Day is…a day to recommit ourselves to working harder for gender equality, together as women, men, youth and leaders of nations, communities, religion and commerce,” she said, stressing that by taking decisive action along these lines, major challenges such as poverty, inequality, violence against women and girls, and insecurity will be addressed substantially.

Nearly 20 years after the landmark Beijing Women’s Conference, and 15 years after the Millennium Summit, “we look back with pride at the achievements that have been made. More women are working. More girls are in school. Fewer women die in pregnancy and childbirth. And more women are in leadership positions.”

But no country has achieved equality between women and men and girls and boys, and violations of the rights of women and girls are an outrage. “So let us build on the lessons learned and the knowledge that equality for women is progress for all, and make greater and bolder progress as we work to achieve the [MDGs] and chart a new post-2015 development agenda,” said Ms. Mlambo-Ngcuka.

“We can no longer afford to hold back half the world’s population. The 21st century has to be different for every woman and girl in the world” the UN Women chief said, urging all stakeholders to work together to ensure that all women and girls are safe from gender-based violence; have human rights that are respected, including reproductive rights; and are empowered economically and in every way through education, equal opportunity, participation and leadership.

“Let us all cross the line and stand on the right side of history. Equality for women is progress for all,” she declared.

In her message, UN High Commissioner for Human Rights, Navi Pillay, said the truth is straightforward: “Human rights mean rights for all persons. Women’s rights are inseparable from men’s. Protecting and promoting women’s equality is the responsibility of all Governments.”

She insisted that human rights will only be respected, and societies will only flourish, when Governments deliver on that responsibility. Indeed: “For too long, women have been worn down by promises with no action, by violations with no justice. We can – we must – do better.”

Ms. Pillay echoed the Secretary-General’s appeal to ensure the protection and promotion of women’s rights in the post-2015 global development framework, which she said must be aligned with key human rights, including freedom from want; freedom from fear; non-discrimination and equality; and protection of our environment.

“Women themselves must take a direct, active and decisive hand in the design of this new agenda for humanity. They must be deeply engaged in implementing and evaluating its policies and programmes,” she said, adding that the heartbeat of the new agenda must be accountability – progress on each target must be tracked, and more accurate and pertinent information must be deployed on discriminatory laws, unpaid work, inequalities within the home, gender-based violence, or women’s sexual and reproductive health.

To mark the International Day, the United Nations has launched a special multi-media website compiling statements from senior officials and heads of UN agencies and funds. The site also has a live Twitter feed encouraging people from around the world to comment on the Day using #IWD2014.

UN Women has created a similar portal on its website with commemorative messages and information on relevant activities and initiatives, including the HeForShe campaign, and a detailed programme for the 58th session of the UN Commission on the Status of Women (CSW) which begins on Monday, 10 March.

top photo: Syrian refugee Fatimah smiles while showing the key to her room at a new collective shelter in Kherbet Dawood in northern Lebanon. After fleeing the Syrian conflict with her family, she is excited to now have a room for just herself and her husband. Photo: UNHCR/S. Baldwin