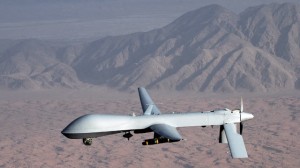 The age of the drone is here, and U.S. intelligence agencies are warily monitoring their proliferation around the globe.

China uses them to spy on Japan near disputed islands in Asia. Turkey uses them to eyeball Kurdish activity in northern Iraq. Bolivia uses them to spot coca fields in the Andes. Iran reportedly has given them to Syria to monitor opposition rebels.

The U.S., Britain and Israel are the only nations to have fired missiles from remote-controlled drones, but the proliferation of unmanned aerial vehicles has become so prevalent that U.S. intelligence sources and private analysts say it is merely a matter of time before other countries use the technology.

“People in Washington like to talk about this as if the supposed American monopoly on drones might end one day. Well, the monopoly ended years ago,” said Peter W. Singer, who heads the Center for 21st Century Security and Intelligence at the Brookings Institution.

What’s worse, clandestine strikes carried out by Washington in far-flung corners of the world have set a precedent that could be ugly.

Mr. Singer said as many as 87 nations possess some form of drones and conduct various kinds of surveillance either over their own territories or beyond. Among those 87, he said, 26 have either purchased or developed drones equivalent in size to the MQ-1 Predator — the model made by San Diego-based General Atomics.

While American Predators and their updated sister, the MQ-9 Reaper, are capable of carrying anti-armor Hellfire missiles, the clandestine nature of foreign drone programs makes it difficult to determine how many other nations have armed drones.

Defense industry and other sources who spoke with The Washington Times said 10 to 15 nations are thought to be working hard on doing just that, and China and Iran are among those with the most advanced programs.

“Global developments in the UAV arena are being tracked closely,” said one U.S. intelligence official, who spoke with The Times on the condition of anonymity. “Efforts by some countries to acquire armed UAV systems are concerning, not least because of the associated proliferation risk.”

Other sources said that while the international media have focused on the controversy and political backlash associated with civilian casualties from U.S. drone strikes in Pakistan, Yemen and Somalia, Washington’s unprecedented success with the technology — both in targeting and killing suspected terrorists — has inspired a new kind of arms race.

“It’s natural that other nations and non-state actors, seeing the many ways the U.S. has leveraged the technology, are keen to acquire remotely piloted aircraft,” said Lt. Gen. Robert P. Otto, deputy chief of staff at the U.S. Air Force Intelligence, Surveillance and Reconnaissance Agency.

Race to the skies

The number of nations possessing drones nearly doubled from 41 to 76 from 2005 to 2011, according to a report last year by the Government Accountability Office, which highlighted the fact that U.S. companies are no longer alone in manufacturing and marketing the technology.

“Many countries acquired their UAVs from Israel,” said the report.

It said Germany, France, Britain, India, Russia and Georgia have either leased or purchased Israeli drones, including the Heron, a model that many foreign militaries see as a good alternative to the American-made Predators and Reapers.

A report this year by Teal Group, a Virginia-based aerospace and defense industry analysis corporation, said UAVs have come to represent the “most dynamic growth sector” of the global aerospace industry, with spending on drones projected to more than double from roughly $5.2 billion a year today to more than $11 billion in 2022.

China is widely seen as a potential powerhouse in the market.

Chinese companies have “marketed both armed drones and weapons specifically designed for UAV use,” said Steven J. Zaloga, a top analyst at Teal Group. “It’s a case where if they don’t have the capability today, they’ll have it soon.”

Although there is concern in Washington that China will sell the technology to American adversaries, sources say, the U.S. also is pushing ahead with development of its own secretive “next generation” drones.

Today’s models emerged in the post-9/11 era of nonconventional conflict — a time when American use of both weaponized and surveillance-only drones has been almost exclusively over chaotic patches of the planet void of traditional anti-aircraft defenses.

With little or no need to hide, relatively bulky drones such as the MQ-1 Predator dominated the market. But the “big secret,” Mr. Zaloga said, “is that the U.S. is already working on both armed and unarmed UAVs that can operate in defended airspace.”

Another factor likely to fuel the proliferation of armed drones, he said, centers on a global push to make “very small weapons” that can be tailored to fit smaller aircraft. This matters because of the roughly 20,000 drones now in existence, only about 350 are large enough to carry the slate of weapons on the current market.

“What the new munitions will do is mean that if you’re operating the smaller UAVs, you’ll be able to put weapons on them,” said Mr. Zaloga. “And those smaller UAVs are being manufactured now by quite a few countries.”

In the wrong hands?

One serious concern in Washington is that smaller drones could be used by groups such as al Qaeda or Hezbollah, the Iran-backed militant and political organization based in Lebanon that is engaged in a protracted war with Israel.

The U.S. intelligence official who spoke with The Times on the condition of anonymity said it is “getting easier for non-state actors to acquire this technology.”

Hezbollah leader Hassan Nasrallah made headlines by claiming his group flew a drone into Israeli airspace last year, after Israel announced that it had shot a UAV out of the sky. Although Mr. Nasrallah said the drone was made in Iran and assembled in Lebanon, little is known about precisely what type it was — or whether it was armed.

Armed or not, U.S. officials are wary. “No one is turning a blind eye to the growing use of surveillance-only UAV systems — including by non-state actors — even if these systems have a host of beneficial civil applications,” said the official who spoke with The Times. “One problem is that countries may perceive these systems as less provocative than armed platforms and might use them in cross-border operations in a way that actually stokes regional tension.”

That appears to be happening in Asia, where Japan recently threatened to shoot down Chinese drones flying near the disputed Senkaku Islands in the East China Sea.

Northeast Asian countries are likely to invest heavily in drone technology, said Patrick M. Cronin, senior director of the Asia-Pacific Security Program at the Center for a New American Security in Washington.

“But even before these investments are manifested in wider deployments, Japan will be relying on UAVs for wider and better surveillance, particularly around its southwest island chain, while China will be using them to variably challenge Japanese administrative control and, indirectly, pressure the United States to restrain its ally,” said Mr. Cronin. “This vital new technology is improving situational awareness. But, paradoxically, if used more offensively the same technology may also accelerate a maritime crisis in the East or even South China Sea.”

Others say the U.S. and its closest allies have set a precedent with clandestine drone strikes in foreign lands. Although British forces have carried out hundreds of drone strikes in Afghanistan and Israel has used drone-fired missiles to kill suspected terrorists in Egypt’s Sinai Peninsula, as well as Islamic militants in Gaza, the most widespread use has been directed by the U.S. military and CIA.

In addition to strikes in Libya and Somalia, the U.S. has carried out more than 375 strikes in Pakistan and as many as 65 in Yemen over the past nine years, according to the London-based Bureau of Investigative Journalism. The concern, said the Brookings Institution’s Mr. Singer, is that adversaries will point to U.S. behavior as an excuse for carrying out cross-border targeting of “high-value” individuals.

“That’s where you have the problem,” he said. “Turkey carries out a strike in northern Iraq and then cites U.S. precedent in Pakistan to justify it. Or Iran carries out a drone strike inside Syria that the Syrian government says it’s fine with because it’s a lawless area where what they call ‘terrorists’ are hanging out, and then they throw the precedent back at the U.S.

“That would make it sticky for us,” said Mr. Singer. “That’s not the broader norm we want out there.”