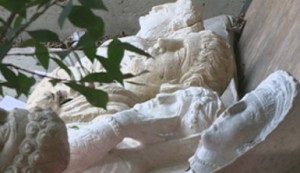 Sources told LBCI that the arrested persons were identified as one Lebanese and 3 Syrian nationals, noting that one of the arrested Syrians was impersonating a journalist in order to smuggle antiquities.

According to the report the General Security wants to to ban trading in stolen antiquities from Syria to preserve the country’s rich archaeological heritage. 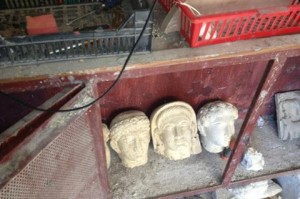 After more than two years of conflict, Syria is breaking up A constellation of armed groups battling to advance their own agendas are effectively creating the outlines of separate armed fiefs. As the war expands in scope and brutality, its biggest casualty appears to be the integrity of the Syrian state, according to a report by the New York Times.

The Syrian regime has focused on solidifying its grip on a strip of land that extends from the capital, Damascus, in the south, up to Homs in the country’s center and west to the coastal area heavily populated by Mr. Assad’s sect, the Alawites, according to the report.