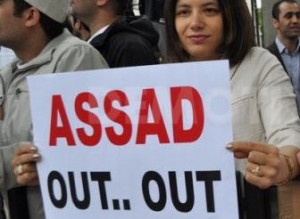 The discovery of the bombing plan of former Information Minister Michel Samaha and Syrian National Security Bureau head Maj.General Ali Mamlouk has outraged the Lebanese politicians of the March 4 opposition alliance who called on the government to take serious measures to address the issue.

Judge Sami Sader , the government’s deputy commissioner at the Military Tribunal, indicted on Saturday Samaha and Mamlouk for setting up an armed group to incite sectarian strife through “terrorist attacks,” National News Agency reported on Saturday.

March 14 MP Assem Aaraji said it was “important to recall Lebanese Ambassador to Syria Michel Khoury and file a complaint against Syria at the UN Security Council, ” according to a reported published Sunday in Kuwaiti newspaper As-Seyassah.

“ It is possible that there are thousands of collaborators like Samaha… assigned to commit terrorist acts,” Aaraji also said and called for “a fair trial and a severe punishment for Samaha.”

March 14 MP Marwan Hamadeh told An-Nahar newspaper that it was about time “to summon Syrian Ambassador to Lebanon Ali Abdel Karim Ali and expel him with the explosives to his country.”

Hamadeh also said it was about time to recall Khoury “until a new democratic authority is established in Syria.”

March 14 MP Sami Gemayel told An-Nahar that if allegations against Samaha are true then the former minister must be tried for “high treason.”

“If it is proven that allegations [against Samaha] are true and that the Syrian regime is involved in the bombings plan for Lebanon … then all those who issue statements in support of the Syrian regime must be punished. In this case, Lebanon must also cancel the Fraternity, Cooperation and Coordination Treaty between Lebanon and Syria,” Gemayel added.

March 14 General Secretariat coordinator Fares Soueid told An Nahar newspaper that March 14 parties held meetings in the past two days to discuss the issue and called on President Michel Suleiman and the cabinet to cut relations with the Syrian regime.

While the bombing plan outraged the March 14 politicians, March 8th majority coalition which includes Hezbollah and the Free Patriotic movement have denounced the arrest of Samaha and considered it as part of March 14 campaign to target all pro-Syrian and pro-resistance groups.