Iran, Hizballah, and the Threat to the U.S. Homeland

by yalibnan
1472
By Matthew Levitt Should Hizballah decide to carry out attacks on U.S. soil in the event of a military confrontation with Iran, it has the capacity to do so.
Share: 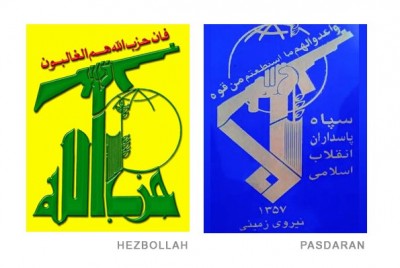 Should Hizballah decide to carry out attacks on U.S. soil in the event of a military confrontation with Iran, it has the capacity to do so. On March 21, Dr. Levitt testified on this subject before the House Homeland Security Committee. The following is a summary of his remarks.

Responding to the foiled Iranian bid to assassinate the Saudi ambassador in Washington, Director of National Intelligence James Clapper Jr. noted “that some Iranian officials — probably including Supreme Leader Ali Khamenei — have changed their calculus and are now more willing to conduct an attack in the United States in response to real or perceived U.S. actions that threaten the regime.” That unprecedented plot was carried out directly by the Islamic Revolutionary Guard Corps Qods Force. Yet Tehran’s primary terrorist proxy, Lebanese Hizballah, could also pose a threat to the homeland now that its interests are coming under increasing fire.

Hizballah has targeted U.S. interests abroad in the past, including through airline hijackings, the 1983 Beirut bombings, and the 1996 Khobar Towers bombing in Saudi Arabia. In 2002, the FBI informed Congress that while the group has never conducted a terrorist attack on U.S. soil, “Hizballah subjects have reportedly been tasked with surveillance of potential targets in the United States.” Whatever the purpose of such surveillance, “FBI investigations to date continue to indicate that many Hizballah subjects based in the United States have the capability to attempt terrorist attacks here” should they so desire.

Hizballah makes decisions on its own — even if Iran asked it to attack the United States, it would not do so automatically. Entrenched in domestic Lebanese politics, the group has much more to lose today than it did when targeting American interests in the 1980s and 1990s. That said, there is reason for concern that Hizballah could decide to carry out attacks on U.S. soil, especially if it believes that Washington is directly targeting or otherwise undermining its interests.

Hizballah already resents U.S. exposure of its activities in Africa, North and South America, and Asia. Last year, for example, the Treasury Department designated the Lebanese Canadian Bank for laundering drug money and facilitating trade-based money laundering schemes benefiting Hizballah. More significantly, the international tribunal investigating the assassination of former Lebanese prime minister Rafiq Hariri has indicted four Hizballah members, prompting acute anxiety among the group’s leaders and spurring them to publicly denounce the tribunal as an American and Israeli project. Hizballah also believes that Washington is behind the unrest in Syria, which threatens to topple one of its most important benefactors and the conduit through which Iranian funding and materiel is transported to the group in Lebanon. Moreover, in the event of an attack on Iran’s nuclear program, Hizballah’s worldwide networks would almost certainly be called upon to execute terrorist attacks.

In light of Hizballah’s perception that the United States is actively targeting it and its allies, Washington should consider how the group might pursue an attack in the homeland. There are four main ways in which Hizballah could use passive sympathizers and/or active networks to support such an operation:

Use operatives already in the United States. According to a 1994 FBI report, “Should the decision be made to strike within the U.S. borders, Hizballah has the infrastructure present to support or carry out a terrorist act. Certain Hizballah members in the United States have received paramilitary training, including explosives and firearms training.” Several such operatives have come to light over the years. For example, on February 4, 2001, Mahmoud Kourani was smuggled across the U.S.-Mexico border in the hidden compartment of a car. Court documents indicate he was not only a “member, fighter, recruiter, and fundraiser” for Hizballah, but also the brother of the group’s chief of military security for southern Lebanon. Before settling in Dearborn, Michigan, and reportedly raising $40,000 for the group, he received “specialized training in radical Shiite fundamentalism, weaponry, spy craft, and counterintelligence in Lebanon and Iran.” In 2005, he was convicted of conspiring to support a terrorist organization.

Import professional operatives. Hizballah could also bring in outsiders tasked with carrying out a specific attack in the United States, using local sympathizers and operatives only for support functions. This is the group’s traditional modus operandi, which it employed in Argentina in 1992 and 1994, in Thailand in 1994, and more recently in Azerbaijan, Turkey, Thailand, and elsewhere.

Consider the case of Fawzi Ayub, who became a Canadian citizen, married a woman from the Detroit area, and held an address in Michigan. According to Israeli officials, he “maintained contact with senior Hizballah officials and carried out operations” in Canada after immigrating there in 1988. Later, he entered Israel by sea using a forged American passport and was arrested there in mid-2002. Asked by an Israeli judge after his arrest if he had ever told Canadian authorities about his previous terrorism charges (including a mid-1980s conviction for his role in a hijacking plot), Ayub replied, “They never asked.”

Hizballah’s longstanding ability to procure high-quality counterfeit passports is of particular concern given the group’s history of infiltrating operatives into target countries just prior to an attack. According to the previously mentioned 1994 FBI report, “In an ongoing effort to bring more members into the United States, Hizballah also alters or steals travel documents, passports and visas. In one such operation, Hizballah members presented photo-substituted passports and fraudulent visa applications at a U.S. Embassy. Eighteen individuals successfully obtained passports in this manner.” Security improvements made in the years since then have mitigated some but certainly not all concerns about the group’s capabilities in this regard.

Leverage criminal ties. In light of measures that Western security and intelligence agencies implemented after the September 11 attacks, it is now much more difficult to carry out terrorist attacks in general, and in developed Western countries in particular. Hizballah has tried to counter this operational reality in part by reaching out to local criminal networks in the United States, Canada, and Mexico. Over the past several years, a string of investigations have exposed the broad range of Hizballah’s criminal activities in the Americas, from weapons smuggling and fencing stolen goods to drug trafficking and money laundering. The group could leverage those relationships for operational purposes as well.

Homegrown violent extremism. Finally, sympathizers or other individuals without formal ties to Hizballah could decide to carry out lone-wolf terrorist acts in solidarity with the group and/or Iran. The homegrown radicalism trend, which to date has been limited to violent Sunni extremists, could manifest itself among Shiite extremists in the event of a direct confrontation with Hizballah or Iran.

U.S. law enforcement and intelligence agencies are already taking proactive measures to address each of the scenarios laid out above, and they will benefit from the recently revised guidelines allowing the National Counterterrorism Center to access and analyze other federal agencies’ data more effectively. The revision grew out of the failure to connect dots of information stovepiped across different agencies prior to the Christmas 2009 “underwear bombing” plot. U.S. counterterrorism officials now have the authority they need to efficiently scan and cross-reference databases of visa applicants, refugees, foreign students, international travelers, and more, looking for signs of operational activity by Hizballah operatives known to be in the country, others who may attempt to gain entry, criminal elements with ties to the group, or likeminded and self-radicalized extremists.

As mentioned above, it is by no means a foregone conclusion that Hizballah would attack America in the event of an attack on Iran. The group is far more likely to target U.S. and allied interests in places where counterterrorism measures are not as robust, as it has over the past few years. Like Iran, Hizballah prefers to carry out attacks for which it can claim reasonable deniability, and it recognizes that executing such a plot on U.S. soil would put it squarely in America’s crosshairs — something the group has studiously avoided since 9/11. That said, if Hizballah leaders decide an attack on the homeland is in their interest, they do have the capability to execute it.

Matthew Levitt is director of The Washington Institute’s Stein Program on Counterterrorism and Intelligence and author of the forthcoming book Hezbollah: The Global Footprint of Lebanon’s Party of God.