Removal of Assad will be devastating for Israel: Gilad 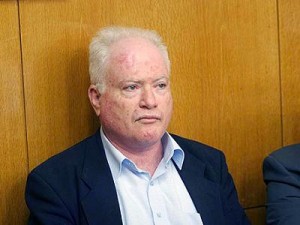 The head of Israel’s defense ministry’s diplomatic-security bureau warned of a possible “Islamic empire” if Syria’s President Bashar al-Assad were to be ousted. Amos Gilad said that the removal of the Syrian leader would lead to a “devastating crisis for Israel.”

His comments come as violence in Syria reached new heights this week, with over 70 people being killed in one day alone. The Arab League has suspended Damascus over the violence, which the United Nations estimates to have left over 3,500 people dead, while other rights groups say the number is much higher.

If Assad is ousted by the popular revolt, Gilad said that the Middle East would be facing an Islamic empire led by the Muslim Brotherhood in Egypt, Jordan and Syria.

His fearmongering continued, when he said that wars could arise and Israel would be threatened by “wars with the Muslim Brotherhood in Egypt, Syria and Jordan if the Syrian Revolution succeeds in overthrowing al-Assad’s regime.”

He argued that the Brotherhood, one of Egypt’s largest political organizations, with branches in Jordan and Syria, “aims to eliminate Israel and build an Islamic empire controlling” the entire region and destroy Israel.

“Israel feels the dangers coming from Egypt, so it decided to develop relations with Turkey so it will not have to fight Muslims, which would certainly cause the end of Israel,” Gilad added.

However, Gilad gave no specific evidence that any of the groups in the region are mobilizing an offensive against Israel.