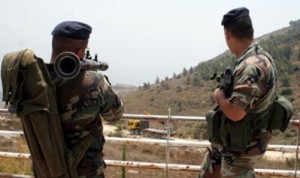 Hariri condemned the “violation of Lebanese sovereignty and demands … the United Nations and the international community bear their responsibilities and pressure Israel to stop its aggression,” a statement from his office said.

Hariri, who is vacationing in Sardinia, phoned President Michel Suleiman, Army Commander Gen. Jean Qahwaji and the UNIFIL command to follow up “the Israeli scandalous violation of resolution 1701.”

He said the Israeli violation in Adaisseh was in violation of Security Council resolution 1701 which the U.N. is keen on implementing.

Army chief Gen. Jean Kahwaji informed Suleiman about the details of the Israeli violation and stressed the need to confront any Israeli attempt to carry out an aggression.

Israeli Foreign Minister Avigdor Lieberman said that Israel sees the government of Lebanon as responsible for this grave incident and warns of consequences in the event that disturbances of this kind continue.

Lebanese Speaker Nabih Berri urged the government to file a complaint against Israel at the Security Council.

The Higher Defense Council will hold an emergency meeting in Baabda to take the necessary steps after the Israeli attack in the South.

A diplomatic source told Akhbar al-Yawm news agency on Tuesday that Lebanon will call for a UN Security Council emergency session to discuss Tuesday’s clashes between the Lebanese Armed Forces (LAF) and Israeli Defense Forces (IDF) along the border earlier in the day.

A Lebanese army spokesperson said the clashes erupted near Adaisseh village after Israeli soldiers attempted to uproot a tree on the Lebanese side of the fenced border. At least three Lebanese soldiers died as a result of the violence.

-” It is not surprising for Israel to make such attacks. Lebanon has not assaulted Israel.” He said and added

“The Lebanese army proved today that there is a Lebanese determination for self-defense against Israel .

He added: We consider Israeli attacks against the army a crime. The UN must condemn Israel because it breached UN Security Council Resolution 1701.

He defended the role of Hezbollah:

Aoun used the occasion to attack the Special Tribunal for Lebanon and said ” The false witnesses are an obstacle that is blinding the tribunal”.

All the so called false witnesses were Syrian Intelligence officers, who reportedly tried to mislead the UN investigation

﻿﻿The Lebanese Forces issued a statement on Tuesday calling on the Lebanese to unite behind the Lebanese Armed Forces (LAF)’s efforts to defend Lebanon’s sovereignty and independence.

The LF called on the cabinet to file a complaint to the UN Security Council following the clashes and to be on alert in case of possible Israeli attacks in the future.

“We will not accept any attack on our territories from anyone,” the statement said.

Labor minister Boutros harb called for uniting around the Lebanese army in defending Lebanon against the Israeli aggression.

The Israeli army has admitted that a high ranking Israeli army officer was killed in the border clash . Earlier Al Manar TV reported that an Israeli Lieutenant Colonel was killed.

German Foreign Minister Guido Westerwelle expressed concern on Tuesday over the deadly clashes between Israeli and Lebanese forces along their shared border.

‘I am concerned at these violent skirmishes and deeply regret that it has apparently led to deaths and injuries,’ Westerwelle said in a statement.

‘An escalation of the situation must be avoided at all costs,’ the minister said, calling on both sides to exercise restraint and cooperate with the UN peace troops operating in the region.

‘Everything must be done so that the efforts for peace and equilibrium in the region are not endangered,’ Westerwelle added. 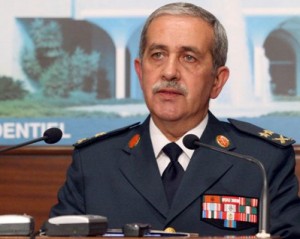 Lebanese Higher Defense Council discussed the clashes in the South and gave the order to confront any attack against Lebanon.

“After consultations, the council has … given instructions to face all aggressions on our territory, army and people by all available means, no matter the sacrifices,” said General Said Eid, the head of the council.

MTV reported that a verbal quarrel erupted between the residents of the southern town of Adaisseh and a UNIFIL patrol.

“We stand with Lebanon and pay tribute to its national army which has the right to counter the repeated Zionist violations in order to defend the land and Lebanese sovereignty,” Hamas said in the statement released in Damascus.

The Islamist group urged the United Nations “to assume its responsibilities and contain Israeli arrogance and aggressions” and denounced Israel for “non-respect of international law.

The acting commander of U.N. peacekeepers in southern Lebanon visited the location of Tuesday clashes between Israeli and Lebanese troops along the border, urging both parties to exercise restraint.

“After the exchange of fire between Lebanese and Israeli forces along the Blue Line this afternoon, UNIFIL has been focused on restoring calm in the area through intensive contacts with both the parties,” Neeraj Singh, spokesman for the United Nations Interim Force in Lebanon (UNIFIL) told Agence France Presse.

He said Brigadier General Santi Bonfanti had flown by helicopter to the site at the Lebanese border village of Adaysseh and had personally called on both parties to “stop firing in all the area”.

“UNIFIL’s immediate priority is to consolidate the calm and we are urging both parties to exercise maximum restraint,” he added.

Selim el-Sayegh, Lebanon’s minister of social affairs (and a member of the Phalange party), told Al Jazeera that he didn’t believe the Lebanese army instigated the fighting (as the Israeli government has alleged).

General Gadi Eisenkot, the head of Israel’s northern command, called the clashes a “one-time event,” and said he didn’t expect the violence to escalate.

Lebanon’s former president and Phalange Party leader Amin Gemayel hailed the Lebanese Army for its “heroic posture”, calling on the Lebanese diplomacy to conduct “the necessary contacts to cope with the dangerous developments.”

Al Akhbar reporter Assaf Abu Rahhal who was killed during the clashes today will be buried in his home town al Kafeer in Hasbayya district. Funeral arrangements are underway

Meanwhile Al Manar reporter Ali Shoaib who was wounded in the clash is being hospitalized in Mais el Jebel hospital . he will be relocated later to Sheikh Ragheb Hospital in Nabatieh

Following its weekly meeting on Tuesday, the Future bloc issued a statement calling on the Lebanese to unite in confronting Israeli plots against Lebanon.

The bloc condemned Israel’s attacks against the Lebanese Armed Force

Syria on Tuesday condemned “the heinous aggression” launched by Israel against Lebanon after an exchange of fire along the tense border killed four Lebanese, including three soldiers.

Damascus noted that the attack reflected Israeli concerns over the “signs of stability” in Lebanon following the tripartite Lebanese-Saudi-Syrian summit.

“President Assad considers that this aggression proves once more that Israel has always been seeking to destabilize security and stability in Lebanon and the region,” SANA said.

based on informed government sources

The United Nations Security Council wrapped up a brief closed-door meeting on Israel and Lebanon.

Alain Le Roy, the head of UN peacekeeping operations, said the UN is still investigating the incident, and that he’ll have more details tomorrow. The Security Council didn’t issue any formal statement on today’s skirmish.

The Lebanese army identified the 2 Lebanese soldiers that were killed during the border clash with Israel as:

PJ Crowley, the US state department spokesman, urged “maximum restraint” from both sides, and said the US was in touch with both the Israeli and Lebanese governments.

“We are trying to understand what happened… our greatest concern is that whatever did happen not be repeated. The region has enough tension as it is. The last thing that we want to see is that this incident expand into something more significant.”

Hezbollah condemns the attack against reporters

Hezbollah issued a statement in which it condemned Israel for the killing of al Akhbar reporter and the wounding of Hezbollah’s al Manar reporter .

The statement did not mention anything about the Lebanese army soldiers killed in the clash.

Hezbollah chief Sayyed Hassan Nasrallah is delivering his speech, as usual via video right now in front of a large crowd in Beirut

Nasrallah said that Hezbollah would put itself “at the disposal” of the Lebanese army, which he praised for its bravery.

“The Israeli hand that targets the Lebanese army will be cut off.” He said 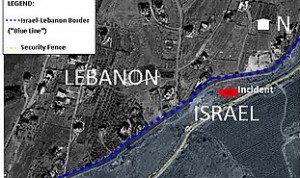 The IDF released an aerial photograph Tuesday night, showing that the IDF soldiers involved in the deadly clashes with Lebanese forces on Tuesday were standing in Israeli territory when they were fired upon, and did not cross the Lebanese border. This information was also reportedly confirmed by a UNIFIL representative.

“I hold the Lebanese government directly responsible for this provocation.”